SESSION DOES NOT EXPIRE 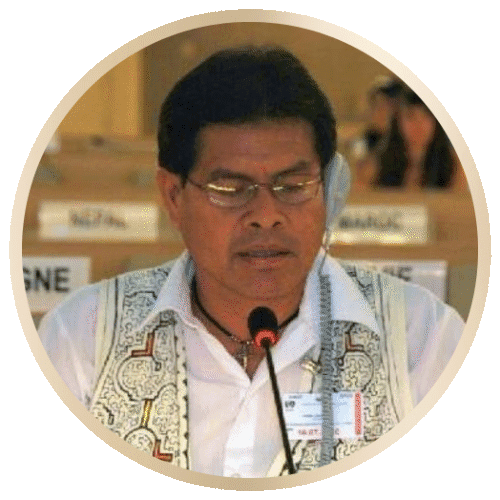 Cecilio is a lawyer and Shipibo communicator, one of the founders of AIDESEP (Interethnic Association for the Development of the Peruvian Rainforest), ex-president of REDCIP (The Peruvian Network of Indigenous Communicators), two times councilman of the district of Coronel Portillo, ex-national director of the CCP (Peruvian Farmers’ Confederation), and the founder of Voz Indigena: La Hora Shipiba, a magazine and radio show about indigenous nations published in Shipibo and Spanish.

A promoter of the Shipibo culture and Shipibo empowerment, in this interview from the first Harakbut Women's Congress he talks about the cross-cultural alliances with the Harakbut nation and the importance of protecting the rights of Peru's indigenous populations.

Lovingly brought to you by our amazing sponsors & partners from the comfort of your own home

Plus Get Exclusive Bonuses Today!

© 2022 The Plant Spirit Summit is curated by EntheoNation